Which super power increased its asbestos use in 2011?

Latest figures released by the United States of America show asbestos use increased in 2011.

Asbestos was actually mined within the United States up until 2002. The United States now heavily depends on imports from Canada and Zimbabwe to meet manufacturing needs. Import Sources 2007–2010 show Canada provided 92%, Zimbabwe, 6%, and undisclosed at 2%. 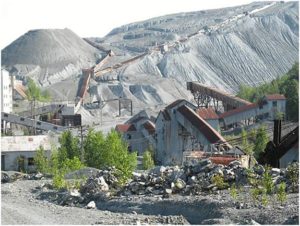 The largest U.S mines were in Arizona, North Carolina, Vermont and California

Asbestos consumption in the United States was estimated to be 1,100 tons, based on asbestos imports through to July 2011. Asbestos cement roofing products were estimated to account for about 60% of U.S. consumption, the chloralkali industry (industrial process for the electrolysis of sodium chloride solution) about 35% and unknown applications 5%.

Find out about asbestos history by visiting our web site. Don’t forget to leave a comment on our news pages.