As we start 2012 is asbestos still a world wide industry? The answer is yes! 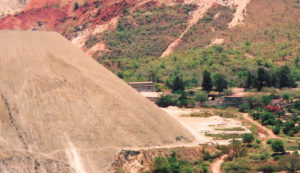 The Zimbabwe Mining Development Corporation (ZMDC) has recently stated that they are close to completing a feasibility study. The study will pave the way for the resumption of asbestos mining operations at the defunct Shabaine-Mashava mines in Zimbabwa.

The mine used to employ around 3,000 workers prior to it’s closure during the collapse of the Zimbabwe government in 2008. Before suspending mining operations, Shabaine-Mashava mines produced about 200,000 tonnes of asbestos every year. The mine was once one of Africa’s biggest asbestos producers and was owned by UK based company Turner and Newell. Asbestos was sold from this mine to markets in the United Kingdom, United States, India, Iran, China and Indonesia. It is estimated that the mine still holds enough reserves to continue mining operations for a further 20 years. ZMDC believe they will be ready to commence mining operations 90 days after completing the feasibility study. 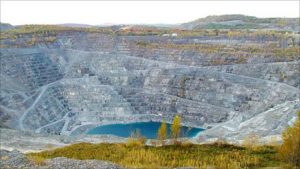 Although the asbestos industry is still huge and worldwide, production of asbestos globally is slipping, having fallen around 5 per cent to just below two million tonnes in 2010. Russia accounts for around half of that volume, followed by China at about 18 per cent and Brazil with 14 per cent. Sales of asbestos are also falling worldwide, as more developed countries express concerns about the health risks associated with its use.

If you would like to learn more about the asbestos industry and legacy check out our about asbestos pages.

← How can employers stop exposing their employees to asbestos? Another young victim lost because of asbestos exposure →