Biggest ever asbestos payout to a single plaintiff!

Judge overturns asbestos award for $322 million!!!! – The biggest ever asbestos payout to a single plaintiff!

The asbestos legal case began to breakdown after the award had been made last year when defense lawyers asked the Supreme Court to remove the presiding judge because he allegedly neglected to disclose that his parents had been involved in similar asbestos litigation against one of the same companies.

The case from Smith County, Mississippi, involved a lawsuit filed by Thomas Brown, who claimed he had inhaled asbestos dust while mixing drilling mud sold and manufactured by Chevron Phillips Chemical Co. and Union Carbide Corporation.

A Union Carbide spokesman said in an email to The Associated Press that the company was pleased with the verdict because it “was outrageous and completely unsupported by the facts and applicable law.” A retrial has been set for April but the venue for the trial has not been determined. 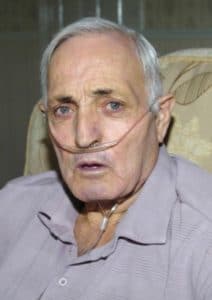 Brown, who was 48 at the time of the award last May, said he was diagnosed with asbestosis and required to take oxygen 24-hours a day. Asbestosis is very different from the currently more common asbestos disease mesothelioma. The jury awarded Brown US$300 million in punitive damages and US$22 million in actual damages. Brown’s lawyer said it was the biggest asbestos award ever to a single plaintiff.

Union Carbide claimed that the judge was a practicing attorney when his father and mother sued Union Carbide, seeking US$1 million for emotional distress. The company said that after the trial, it “learned that Judge’s father had filed two asbestos lawsuits, one of which remains pending; and that both the Judge’s father and mother had settled asbestos claims with UCC and other defendants based on a diagnosis of asbestosis”

The world’s legal community will watch the retrial in anticipation. The final ruling will be of great interest no matter what verdict or payout is returned.

If you or anyone you know have been diagnosed with an asbestos disease contact us for details of where you can go for further information and advice.

← Another young victim lost because of asbestos exposure Which super power increased its asbestos use in 2011? →