A report from the All-Parliamentary Group on Occupational Safety and Health has exposed the level of danger from asbestos in Britain’s Schools. 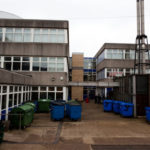 The report, sent to MPs and Peers, shows that more than 75 per cent of Britain’s state schools contain asbestos. The report states that much of that is badly maintained meaning that children and staff are regularly exposed to this killer fibre.

Over 140 teacher’s have died from mesothelioma in the past ten years. An unknown number of cleaners, administrative staff and caretakers have also died. The number of children who have died as a result of exposure to asbestos is unknown but in the US it was estimated that for every teachers death nine children will die. That would mean that over 100 people die every year in the UK as a result of exposure when they were at school. 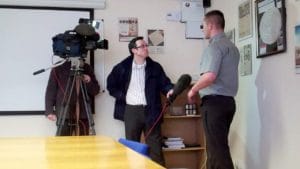 The report highlights the case for urgent attention and outlines six clear and simple recomendations about how we can prevent future exposure in our schools.

ITV Anglia reported on the recent release of the document by interviewing Oracle Solutions and filming them undertaking an asbestos audit at one of the three hundred and fifty schools in Northamptonshire that are due to be audited and are believed to contain asbestos. Northamptonshire County Council commissioned the audits as part of a proactive approach to asbestos however it will be the duty of each individual school to carry out recommended actions in line with the audits and parliamentary report.

For more information on the report or to book a free asbestos audit contact us now.