Our client is a private healthcare organisation and has been around for nearly 90 years. Situated in the middle of London, they are one of the UK’s largest private hospitals. Not only are they an independent hospital, they’re also a charity. Re-investing in patient care, research and innovation and education and training. 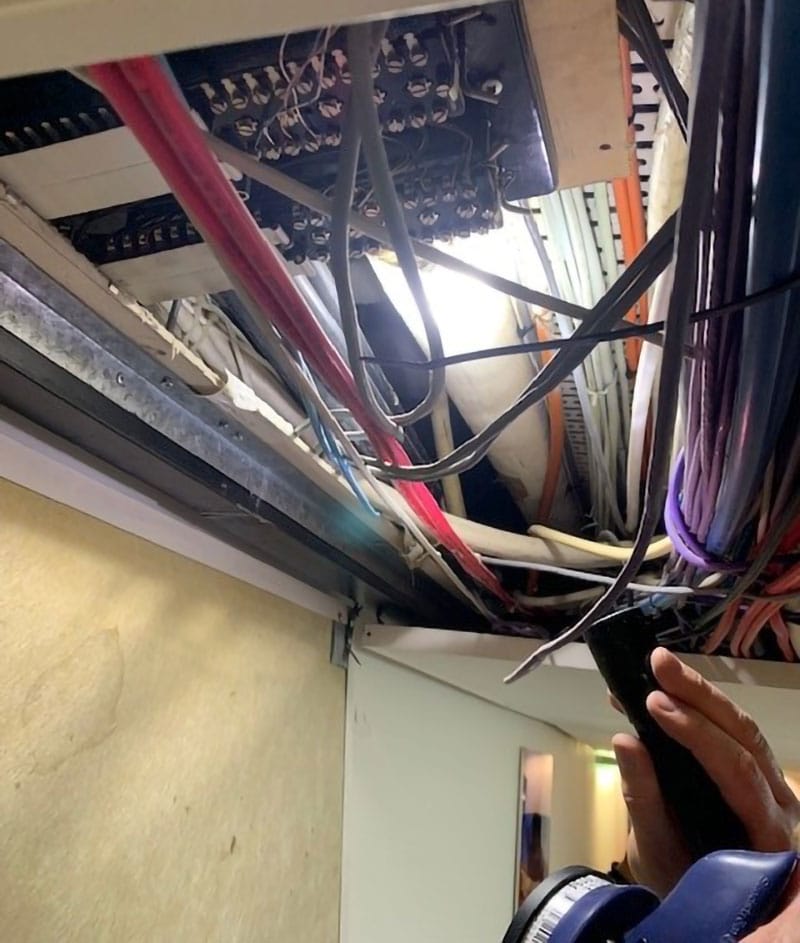 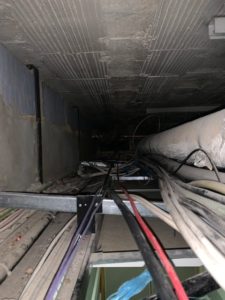 Our client needed our help and needed it fast. They had to have refurbishment works which involved removing fire breaks within the ceiling voids and laying new cabling for the services.

Their main priority at first was to remove the firebreaks. To enable them to do that. They needed to remove the asbestos insulation residue within the area.

They called us explaining what was required however, they needed to know how it could be done. The hospital needed to remain in a sterile environment and was concerned how it would work. They made it clear that the hospital would have to stay operational, and nothing can disrupt their day-to-day plans.

What did we do: 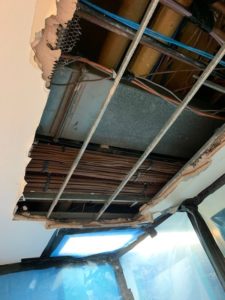 As soon as we got the call our removal team came up with a proposal explaining how the works will be carried out. After lengthy conversations with our client. We planned for the work to be done in 6 phases which would take 32 days.

As we were discussing the project, our client asked, due to the high contamination of the area. They wanted the cabling done as soon as possible, for the project to be done sooner. They asked if we could get the work done and how we would meet tight deadlines.

Our removal team looked at the original proposal and looked at all avenues. We advised the client that we can do it by obtaining additional labour. We then organised for the works to be done as a 24-hour shift which led the project coming from 6 phases (32 days) to 3 phases (12 days). The client was amazed as to how quickly we could turn it around. They didn’t think we could reduce it by 20 days, they thought it might have only of been 5!

Our client instructed us to do the works immediately and so once the notification period to the HSE was over we started works straight away. 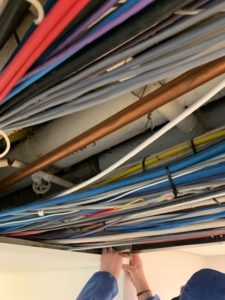 We needed to isolate all the pipes first before any work could be carried out. Once isolated we started building the enclosure. We noticed there would be a problem due to the negative pressure in the area. As the hospital needed to remain in a sterile condition, we needed to find a way to get fresh clean air into the building.

Easy! We built a tunnel to enable the airflow to run through the building and to also separate us from the operational areas. Problem solved!

Once the enclosure and the tunnel were built. We were ready to start the removal works. We wrapped and cut the pipework and hand scraped the ceiling and walls as far as reasonably practicable.

We then got an independent asbestos analyst to do a visual inspection to the area. This is to make sure the removal works was to a high spec and to provide additional reassurance to our client. Once the analyst came out of the enclosure he spoke to our Supervisor and said “I have never seen an area so clean from asbestos insulation residue! This is the best I have seen!”.

As soon as we got the confirmation we expected, we then started to encapsulate the entire area with ELASTONEIC. This is a rubber sealant that was applied to seal the walls and ceiling which would expand and contract with the building. This is to prevent any cracking or splitting as time went on. 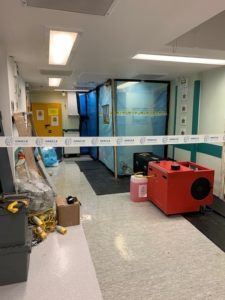 Once the encapsulation works were completed. We then had another visual inspection carried out by the independent asbestos analyst. This was to provide further reassurance for our client that the work we have carried out was within HSE guidelines.

The analyst visually inspected the area and came back to our Supervisor and said, “Spot on!”.

We were then tasked to fit new Unistrut’s to the ceiling to allow for the new cabling to be laid ready for the services.

The project was complete and needed a 4-stage clearance of the entire area to ensure everything is how it should be. The analyst went back in again and walked out in a few minutes. He told our supervisor “this is the easiest 4 stage clearance I’ve had to do. I’ve never seen a pipe insulation removal job done to such a high standard! Fantastic work.”

The client was so happy we managed to get the work done quicker than we originally planned. They commented saying,

“The way Oracle managed the whole project was phenomenal. The planning that was undertaken and the work carried out by their operatives was impressive. I have never seen anything like it! If we ever have an asbestos removal project come up again, I will be using Oracle.”