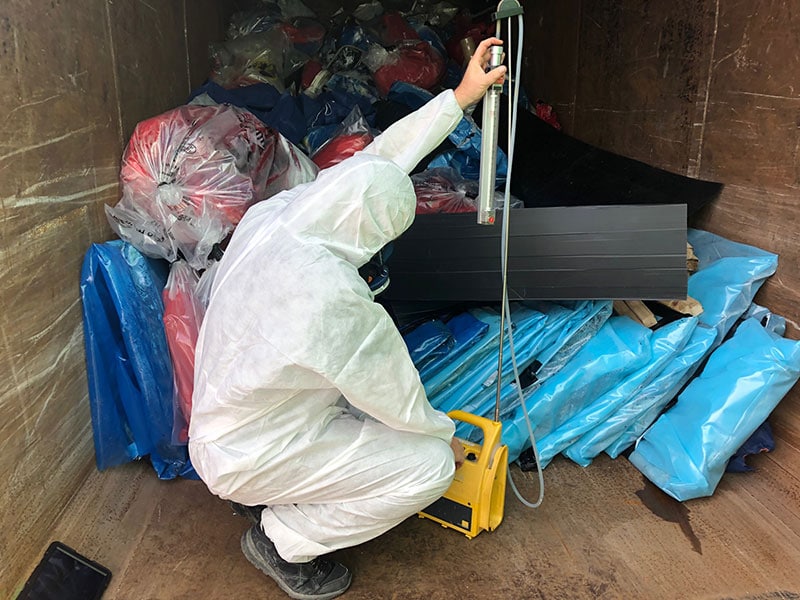 Why do asbestos air tests have different names?

What are the different names of asbestos air tests and air testing?

What is Asbestos Reassurance Air Testing and Monitoring?

Asbestos reassurance air testing is used when there is a need to confirm that an asbestos-related task or disturbance has not resulted in asbestos airborne fibre concentrations above the current asbestos respirable fibre control limit.

Reassurance air testing is often used when people are concerned that asbestos has been disturbed and there may be a risk of asbestos exposure. This is an unplanned asbestos disturbance. The air testing confirms the amount of asbestos fibre that is airborne and provides details on the likelihood of any asbestos exposure to those that have been or will be near the affected area.

What is Asbestos Background Air Testing and Monitoring?

What is Asbestos Leakage Air Testing and Monitoring?

Asbestos leakage testing is generally undertaken during asbestos removal and remediation projects and gives customers peace of mind should the property be occupied or visited during the asbestos operations.

What is Asbestos Clearance Air Testing and Monitoring? 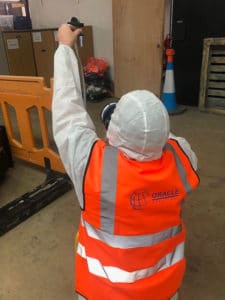 For a clearance air test to be successful, a sample volume of at least 480 litres of air must be sampled and produce results of less than 0.01 asbestos fibres per millilitre of air sampled – “the clearance indicator.” By achieving results at this threshold, along with the other three stages of the site clearance procedures, the asbestos clearance air testing indicates that the area where asbestos removal is taking place can be regarded as fit for normal reoccupation.

What is Asbestos Personal Air Testing and Monitoring?

Personal asbestos air testing is specifically designed to test the air that the testing equipment wearer is likely to breathe in and be exposed too. The purpose of this is to test the levels of respirable asbestos fibre for a particular person undertaking a specific task or set of tasks. For example, an asbestos worker undertaking general setting up of a site prior to undertaking controlled asbestos removal or remediation. The worker may be setting up equipment, getting an area ready, or generally being within an area where asbestos is present. The individual wears the personal air monitoring equipment, which is set up so that the air likely to be breathed in by the wearer is collected and sampled. It could also be used to monitor for asbestos being breathed by a non-asbestos worker in a property or area that they are likely to come across or near asbestos-containing materials. The personal air monitoring results can then be reviewed to check if an individual has been exposed to respirable asbestos fibre.

Additionally, personal air monitoring can be undertaken on an individual who is undertaking full asbestos removal or remediation work and is wearing appropriate respiratory protective equipment (RPE). The personal air testing results can then be reviewed to confirm that the RPE being used is adequate given the control measures in place and the amount of asbestos fibre being released into the air to check if they have been exposed to respirable asbestos fibre above the control limit.

What is the control limit for asbestos for air testing and what does it mean?

When undertaking asbestos air testing, the results from that air testing are calculated to give an indication of what the potential asbestos in air level is and if this is above or below the control limit.

The control limit is specified in regulation 2 of the Control of Asbestos Regulations 2012 as 0.1 fibres per cubic centimetre (f/cm3 ). This limit is not a sharp dividing line between a “safe” and a “dangerous” concentration. However, the control limit is a level which when below, is considered to be “reasonably safe”.

All asbestos types are classified as Class 1 carcinogens by the World Health Organisation (WHO); therefore, exposure should be prevented, or where this is not possible, exposure should be kept as low as is practicable at all times. As a minimum to below the asbestos control limit.
Where the control limit is or is likely to be exceeded, there is a statutory requirement (regulation 11(2) of CAR 2012) for the employer to provide suitable Respiratory Protective Equipment (RPE) if exposure levels cannot be reduced by any other means. This will help to reduce exposure to the lowest level as is reasonably practicable, and in any event, to below the control limit.

As such, all air testing results should be below the asbestos control limit. Where they are not, this indicates a potential risk of being exposed to a level of asbestos that could result in asbestos health problems.

The only air test that the control limit does not apply to is the clearance air test. Where this air test is carried out, the threshold is known as the minimum detectable limit.

What is the minimum detectable limit for asbestos when clearance air testing?

When undertaking asbestos clearance air testing, the test threshold is any result below the minimum limit of detection. This limit of detection is ten times lower than the control limit. It’s called the ‘minimum detectable limit’ as this is the lowest possible asbestos detection result that can be obtained using today’s air testing and analysis technology.

Clearance air testing is carried out post controlled and licensed asbestos removal/remediation projects. Therefore, within a controlled area using correct control measures and dedicated equipment, the licensed contractors are expected to obtain cleanliness above that would normally be found in an area that had not had work undertaken.

How is asbestos air testing carried out?

Using a mechanical pump, a measured volume of air is drawn through a 25mm diameter filter. This filter is then examined at the end of the air test under a microscope. During the microscopy, the number of respirable fibres are manually counted. To determine which fibres are respirable, all fibres observed are measured. Once a count of the fibres’ correct size has been completed, the fibres’ concentration in the air sampled is calculated.

Does asbestos air testing have to be carried out by a UKAS accredited company?

Do I have to keep all asbestos air testing records?

Yes. Anyone having asbestos air testing for the purposes of confirming potential asbestos exposure for any employee must retain these records for a period of 40 years. These records must be available upon request should an employee need to refer to them. General air testing records should be kept for at least five years.

How can Oracle help with asbestos air testing?

Oracle Solutions can provide you with accredited asbestos air testing of all types throughout the UK. With teams located in central locations, we can provide a fast and efficient air testing service, whatever your requirements may be.