Artex Asbestos Testing For Ceiling Coverings: What You Need to Know

Whether you’re undertaking an extensive renovation project in a commercial property or carrying out some home DIY, you need to be aware that textured decorative finished ceilings or walls could contain asbestos. If you are aware of this risk, are you aware of the steps you need to taken to ensure that any work to the Artex ceilings is completed safely?

While the name ‘Artex’ has come to be widely used in reference to a popular type of textured coating for interior decorating, this name actually originates from the name of the company that produces the coating. 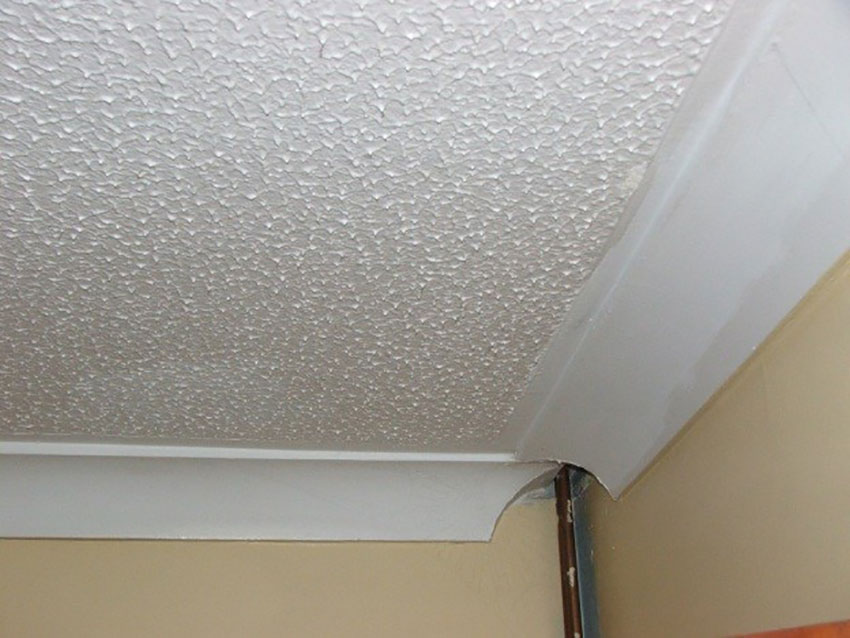 All of these products historically usually consisted of about 1% to 4% chrysotile asbestos – otherwise known as ‘white’ asbestos.

When was asbestos used in Artex and why?

Asbestos-containing Artex was extensively used during the 1960s, ‘70s, ‘80s & 90s when asbestos was unfortunately still legal in the UK.

According to the manufacturer, asbestos was added to Artex in order to promote the dewatering and curing of the product, and because of the reinforcing effect that asbestos fibres had on the matrix.

Does all Artex contain asbestos?

The short answer is no; asbestos-free Artex was made available in the 1970s, although it is impossible to ascertain for sure, without appropriate Artex asbestos testing, whether any given Artex does or doesn’t contain asbestos.

This is because, even after asbestos-containing Artex was banned in the UK in the 1990s, imported materials may have still contained chrysotile asbestos as late as 1999.

A good rule of thumb, then, is that if your home was built before 1985, the textured coating is very likely to contain asbestos. If it was constructed between 1985 and 1999, the coating shouldn’t contain any asbestos, but might still do so, especially given that some stockists or tradespeople may have kept asbestos-containing versions in stock well into the late ‘90s.

If, meanwhile, the property was built after the year 2000, there should be no trace of asbestos at all in its Artex coatings.

When was asbestos banned from Artex in the UK?

Although asbestos-containing Artex ceased production in the UK in 1984, it took until 1992 for its use to be formally prohibited by EU and UK legislation. However some usage continued even though it was prohibited. This was mainly due to using up of held stock.

This was followed in 1999 by the complete banning of the manufacture and supply of all asbestos products in the UK.

How to tell if Artex has asbestos

You can’t be 100% sure whether any given Artex decorative coating contains asbestos just by looking at it with the naked eye.

This is because asbestos was always mixed with other non-asbestos materials in the Artex, and the fibres are so small that even if they are released, they cannot be seen or smelled.

It’s, therefore, best practice to assume that any textured coating in your property you know was installed prior to 2000, contains asbestos – at least until professional laboratory testing has been undertaken to determine whether this is the case.

How do you test for asbestos in Artex? 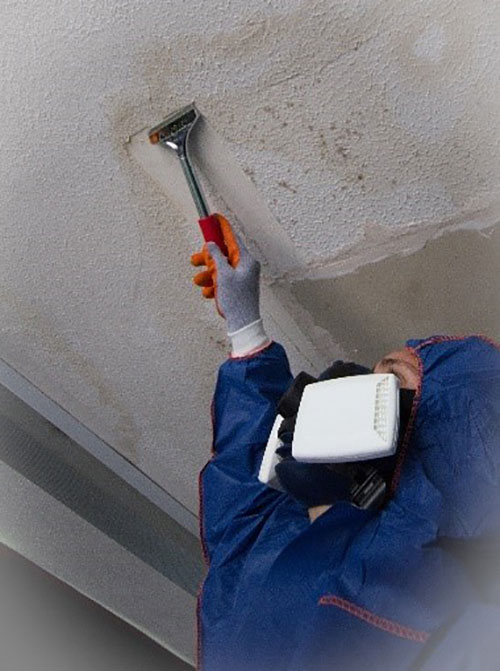 Here at Oracle Solutions, we are proud to be trusted professionals in Artex asbestos testing. By having the decorative coating in your property sampled and tested by us, you can get a definitive answer on whether asbestos is indeed present in the Artex material so that you can plan your DIY or renovation works accordingly.

Call us now on 0844 644 3962, and we will be able to arrange for a qualified asbestos surveyor to arrive at your property to assess what is required.

Samples, for instance, can be obtained by carefully scraping the coating with a screwdriver or narrow scraper, with the material being directed into a sample container held below the sampling point. Due to the non-homogenous nature of textured decorative finishes, various sampling points of the material will need to be taken to ensure a spectrum of the material is sampled. It goes without saying that this sampling process should be carried out by certified asbestos professionals.

If the sample does come back as positive for asbestos, then you will need to decide how you wish to proceed with the works.

What are your options for dealing with asbestos-containing Artex coverings?

Even if it is confirmed that your property’s textured decorative coatings contain asbestos, it’s fine to leave them alone, provided that they are in good condition and undamaged. The fibres are well-bonded, so only disturbance or damage to the Artex brings the risk of asbestos fibres being released into the air, and thereby endangering your health.

For instance, in the event that you wish to simply change the appearance of your wall or ceiling, if the Artex is in good condition and you don’t plan to sand, grind or chip the material beforehand, one solution might be to just plaster over the textured coating.

Indeed, undertaking such work – such as by covering the existing coating with a layer of plasterboard or skimming over it with a new layer of plaster – might make the underlying material safer.

However, you should bear in mind that if this route is taken, the asbestos will remain in situ underneath. As a consequence, it will be necessary for any future works – such as drilling – to be performed in a controlled manner to ensure harmful fibres are not released.

Alternatively, the nature of your planned DIY or refurbishment works may necessitate the more extensive removal of textured coatings that contain asbestos. Regardless, our experienced consultants will be able to provide expert advice on the steps you should be taking to manage or remove the materials in question safely.

The situation can differ greatly from one property to the next. If you are in any doubt as to what you should be doing next, we would strongly urge you to contact our asbestos surveying and removal professionals here at Oracle Solutions – not least so that we can give you vital peace of mind.

← Regulation 5 of the Control of Asbestos Regulations: What You Need to Know Oracle Asbestos Attending MIPIM 2020 →